In its movement to accelerate the transformation of the aerospace supply chain industry, C4 today announced a strategic alliance with Aerospace Exports Incorporated (AEI) to deliver U.S. export regulatory, quality system compliance processes and education to the aerospace sub-tier. Mark Stevens, President and CEO of AEI in association with C4 will provide regulatory and management system consulting to C4 clients. “Mark is a leading contributor to new AIA NAS Export Control Standards,” Noted C4’s CEO Craig Pfefferman. “AEI’s dedication to supporting the aerospace supply chain in achieving implementation of required regulatory and quality systems with the Primes makes them a great addition to the C4 team.” Mr. Stevens has over 35 years’ experience in the aerospace industry. Starting with Douglas Aircraft Company he held senior positions within quality assurance and regulatory compliance in support of various programs including Space, Military and Commercial. Mr. Stevens expanded his Quality background with a leading registrar as a Director and Aerospace Business Unit Manager, where he performed hundreds of ISO and AS9100 assessments at various NASA and Prime facilities. For nearly a decade Mr. Stevens performed as a private contractor assigned to the Jet Propulsion Laboratory performing regulatory and compliance assessments. Mr. Stevens was recognized by the NASA Quality Leadership Forum and by the JPL Office of the Management System as a unique resource for his expertise in implementing and assessing regulatory and aerospace standards. As the senior compliance officer for a foreign owned international firm with over 20 aerospace manufacturing and testing facilities within the U.S., Mr. Stevens was responsible for developing compliance systems for both EAR and ITAR while maintaining compliance with such accreditations as Nadcap, ISO, AS9100 and A2LA. In 2009 Mr. Stevens accepted the position of Executive Vice President of Regulatory & Quality Compliance for Southern California Braiding Company and its subsidiary SCB Training Center Inc. (SCBTCI) and in 2010 was appointed President. In January 2013 he accepted the position as President and CEO of (AEI) to focus the organization on consulting and auditing within the aerospace supply chain. 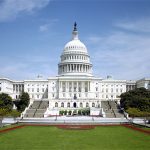 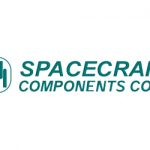